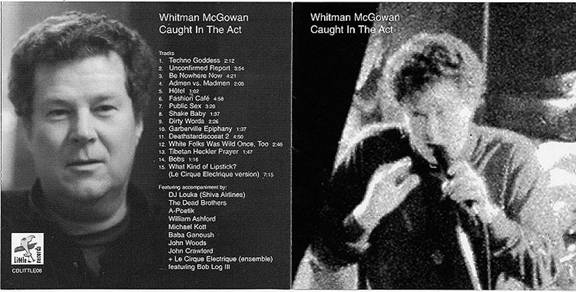 Whitman McGowan / Caught in the act / LITTLE RECORDS
Released in 2003. Poet from San Francisco I met in 1998. Those are live recordings from a European tour with the Electric Circus, a project from 2000 touring with 30 musicians instead of animals. There is also recordings from a tour we did together in Austria and Switzerland. Altogether I composed seven pieces.